We've been working with Norwich City Football Club, helping them promote a series of events at Carrow Road with profitable social media campaigns.

of the budget saved

The first event was an evening with Robbie Savage, footballer, pundit, and star of Strictly Come Dancing. Savage would be sharing stories and anecdotes from his incredible career with an audience at Carrow Road, and our social media marketing team got to work creating a campaign that would maximise the results for Norwich City’s budget.

With such a varied career, we knew that Robbie Savage could potentially appeal to very different demographics. The greatest benefit of social campaigns is the ability to only target your ads to people who might be interested.

This led us to launch a number of ads, each targeted different audiences including:

We also made sure to exclude anyone unlikely to be interested in an event at Carrow Road, such as fans of rivals Ipswich Town FC! 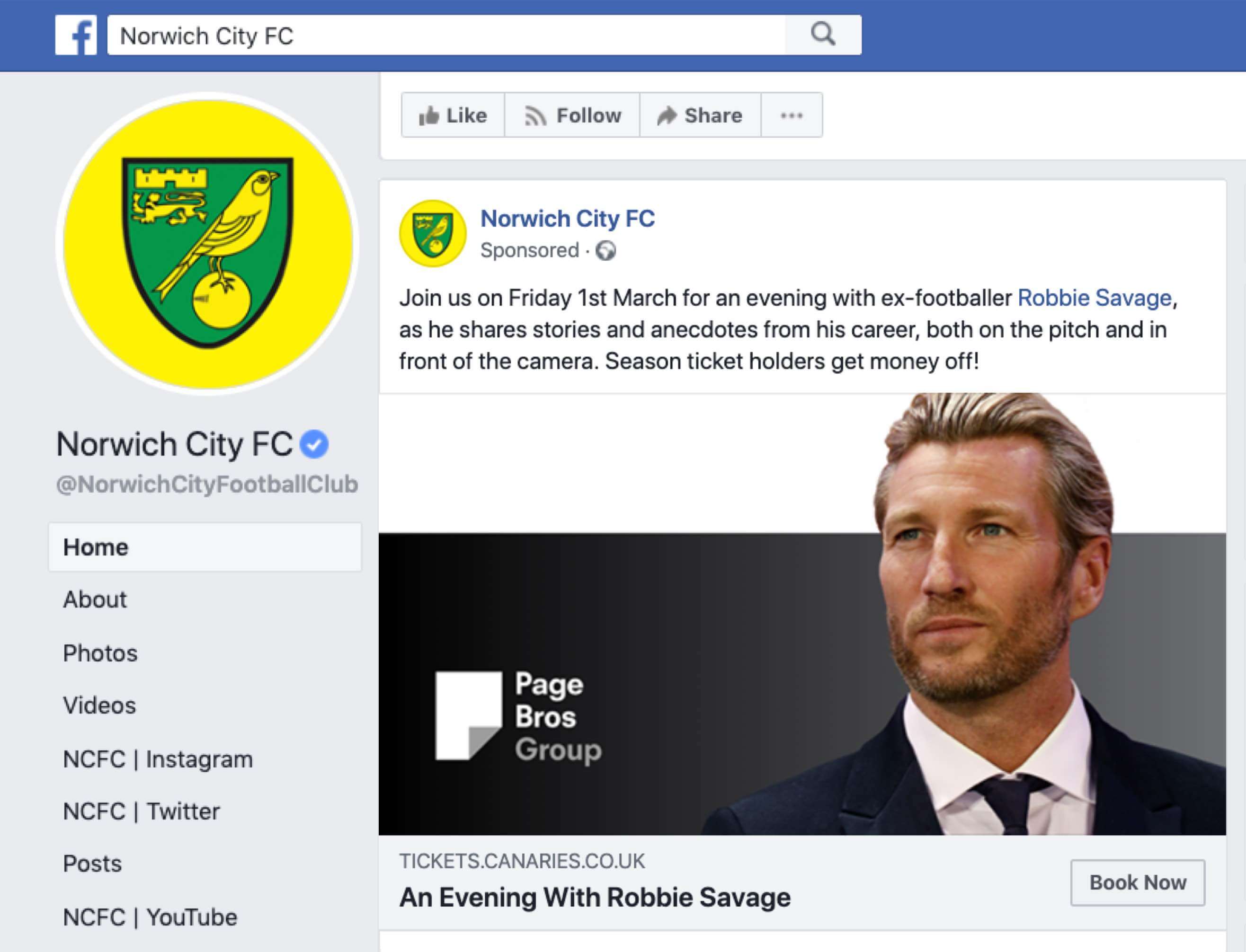 This approach led us to achieve over 14,000 impressions in just four days; an incredible result! And with 95% of people being new to the website, we successfully raised awareness for this superb event.

An evening of Queen

The next event that Norwich City wanted to promote was an Evening of Queen, which would feature former members of the We Will Rock You musical.

We started by splitting our campaign into two halves, one on Facebook, one on Instagram. The previous campaign had shown poorer results for Instagram, so we wanted to monitor the success of both platforms and scale activity up or down on one without affecting the other. 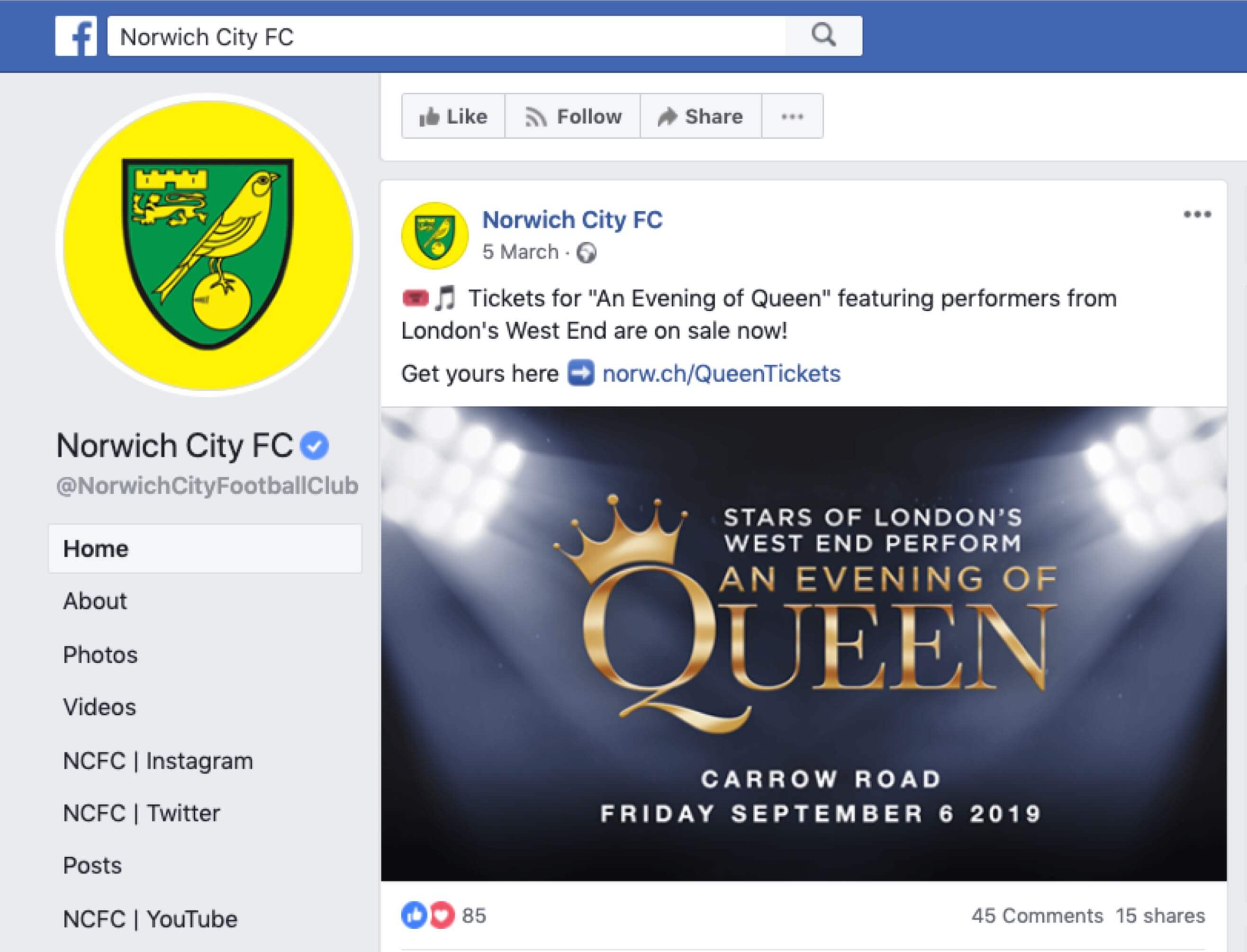 Once again, we launched a series of tightly targeted ads to ensure maximum Return on Investment. This included ensuring that our ads were only appearing to users in the Norfolk area, to boost interest and conversions.

We used Google Analytics to track the success of the campaign. This allowed us to see how many people bought tickets after clicking the ad, but it also meant we could see how many tickets were sold to people who clicked the ad, but didn’t decide to purchase until much later. These kinds of conversions are referred to as ‘assisted conversions’, and it’s important to track them to ensure your social data is complete.

In this case, Google Analytics proved our approach of separating the Facebook and Instagram 'Evening of Queen' campaigns was correct; Instagram was not performing as well as Facebook, so we could scale back that campaign to maintain high profitability.

In fact, the 'Evening of Queen' campaign was such a success that tickets sold out just two weeks after it began and we halted the campaign two weeks before the end date. Better yet, we had delivered the campaign for just a third of the budget. That meant that every £1 spent on the campaign delivered £2.50 in revenue; a fantastic result!

Off the back of these campaigns, Norwich City has appointed Selesti as their Official Digital Partner, so we'll be working closely with them on all aspects of their digital marketing! If you’re looking for any help with social media campaigns, get in touch with our team.